In the late 1970s, Dutch European Championship winning coach Wiel Coerver led a revolution in soccer coaching. He was dissatisfied with the lack of individual skills and emphasis on defensive play in the professional game; an emphasis that many thought, was stifling the more exciting, attacking style of play necessary to score goals and attract fans.
Currently, Coerver Coaching is active in more than 30 countries.

Coerver Coaching is a global football coaching programme inspired by the teachings of Wiel Coerver and created in 1984 by Alfred Galustian and Chelsea great,Charlie Cooke. 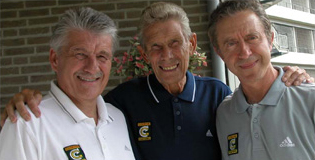 Up to that point, little attention had been given to individual skill development, because no one knew quite how to teach these skills. It was also, then, widely assumed that the great players of the game were innately gifted far beyond the capabilities of the average player.

Coerver’s early focus was on teaching ball mastery and 1 v 1 skills by encouraging players to emulate the “moves” of soccer’s all-time greats, such as Sir Stanley Matthews, Cryuff, Beckenbauer and Pele.

In 1984, inspired by Wiel Coerver’s Philosophy, Alfred Galustian and Charlie Cooke founded what is now known around the world as Coerver(R) Coaching.

Since 1984, the Coerver(R) Coaching curriculum has been devised by Alfred and Charlie to encompass all Technical aspects of the game. The Coerver(R) Method Curriculum, now includes the following structures which make up what is now called the Coerver(R) System© 2011.

The Coerver(R) Coaching business has also grown from one camp in New York in 1984 to operations in 27 countries involving education products and services for hundreds of thousands of players and coaches around the world.

In 1990 “Fighting Soccer” Video series was launched in Japan by Maruzen Company. It was a multi part series focusing on Wiel Coerver’s early work.

In 1993 Alfred Galustian was invited to Japan, and signed a contract with Mr K.Matsuo for Kix International to become the Coerver Coaching Licensee in Japan. The first Coerver Coaching event was held in 1994.

In 1995 Coerver(R) Coaching Japan started with one school for young players .

In 1999 the Coerver(R) Coaching Academy for Coaches was established with Alfred Galustian the head teacher. This academy has, over the past 14 years, produced over 250 Full time trained Coerver(R) Coaches.

Up to 2000 Kix International remained the Coerver(R) Coaching Licensee in Japan, with Alfred Galustian spending many months each year in Japan training coaches in the Coerver(R) Method.

In 2000 Mr Matsuo bought the Coerver rights for Asia Pacific.

In 2002 Shinji Ishabashi joined Coerver(R) Japan as CEO. At that time there were 21 Coerver(R) schools, 15 were directly managed and Japan licensees managed 6. Currently there are 108 schools in nearly every prefecture in Japan, with over 20,000 young players attending each week.

The Coerver(R) influence on Japanese soccer

In a recent interview ,Tashima san, General Secretary of the JFA and a former Technical Director of the JFA, commented that he had witnessed the introduction of Coerver in Japan 20 years ago, and that Coerver Coaching had played a huge part in the development and success of Japanese Soccer over these 20 years.

Coerver Coaching is the World’s No. 1 Soccer Skills Teaching Method.

Coerver Coaching is a soccer skills teaching method for people of all ages and levels. The age group between 5~15 years old is called the Golden Age, and is the age group when they obtain the individual technical skills the quickest. The 6 Coerver Coaching Characteristics shown below help children obtain this immediately.

RuleEach children will have one soccer ball each

To obtain technique and tactical understanding of the game, it is necessary to create several training menus. To help players achieve this, Coerver Coaching has a curriculum that is based on the Coerver Coaching Philosophy. 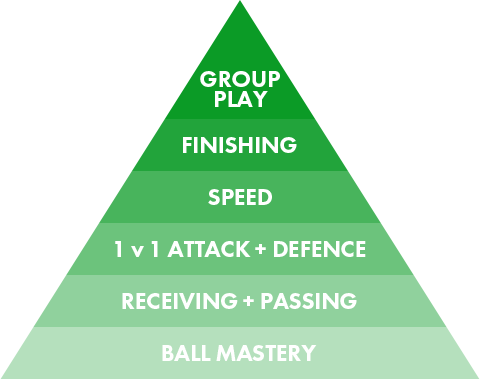